There’s no denying that a controller equipped with paddles offers a huge advantage while gaming. With easily accessible buttons that let you activate the face buttons without having to take your thumbs off the joysticks is incredible. A controller with additional buttons on the back is indeed objectively better. However, such devices come with premium price tags.

Wouldn’t it be awesome if you had a cheaper alternative? Lucky for you, there is. Introducing the Collective Mind’s FPS Strike Pack PS4, a custom controller with fancy paddles minus the exorbitant price. Read on to learn more about this product. 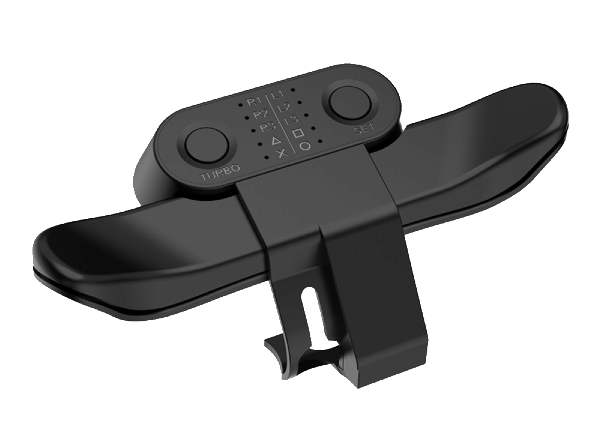 The FPS Strike Pack PS4 is an innovative controller adapter that improves the overall performance of your PS4 controller. It does this by adding advanced gaming functionality.

The adapter offers instant button mapping & the newest shooter mods without nullifying your warrant or any permanent modification. All you have to do is attach it to your PS4 controller, connect the 10ft cable. Once done, you’ll gain an ultimate advantage while gaming, with unlimited control and lightning reaction times.

Another incredible feature of the FPS Strike Pack PS4 is the myriad of built-in mods, which you can use whenever you need them. Some of the built-in mods include:

Besides the mods mentioned above, there are other handy mods available. They include ADS, Auto Spot, Auto Hold Breath, Quick Scope, MW Jitter, IW Jitter TAC, IW Jitter, and more.

Let’s look at the features of FPS Strike Pack PS4:

The FPS Strike Pack features Ergonomic Magnetic Paddles that mimic the controller grip’s natural path for optimum comfort. This gives you the ultimate edge when gaming. Thanks to the magnetic design, you can easily add custom paddles in the future.

You can also map the paddles to the face and shoulder buttons and the R3 and L3 stick buttons. In addition, the paddles’ precise haptic feedback ensures the expected outcome each time.

Experience the next Gen Paddle tech with on-the-go paddle mapping. Because you don’t need an App or PC, there’s no hindrance to your gameplay whenever you need to access anything. You can assign a button of your choice to the paddle whenever you want, including shoulder, face, even the right and left stick buttons.

With FPS Strike Pack PS4, you can also map the paddles with advanced MODs such as Drop Shot and Rapid Fire. The groundbreaking Turbo 2.0 system employs the paddles as activators. This enables turbo feature on any switch, but only when required, allowing compatibility with your favorite games vs. the standard turbo.

The FPS Strike Pack PS4 also comes with a 10ft cable for smooth, lag-free gaming, making it perfect for tournament players. The wired connection offers the much-needed advantage in tournament play. Also, there’s a feature called the Mod-free mode, which enables only the paddle mapping functionality for every tournament action.

Several MODS like Turbo 2.0, Quick Scope, Anti-Recoil, Burst Fire, and Rapid Fire have fully customizable versions so you can adjust to your liking. In addition, the FPS Strike Pack also includes trending game-specific MODS like Motion Controlled Reload and Easy Double Jump for the COD series and Battlefield series specific MOD called Autopilot. Furthermore, it’s possible to customize your controller even more with the Hair Trigger that enables you to fire by merely touching the triggers.

Note: You can combine MODs or activate any MOD directly from the controller without using any software. Also, the innovative interface employs controller button combinations for doing it all, giving you the ultimate power right in your palms.

The FPS Strike Pack PS4 from Collective Minds is a solid device that does exactly what it’s intended to do with perfection. It adds two paddles to your existing PlayStation DualShock controller without hindering your normal use.